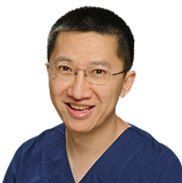 Dr Ko is an established Urologist and Surgeon with a busy practice specializing in the treatment of kidney and ureteric stones.

Dr Ko has received major international awards for his work and research on the treatment of kidney stones.

As a result of his findings, the Western University and the Lawson Research Institute in Canada received grants from the United States government of over US$500,000 to further develop this research.

Dr Ko has served as an invited journal reviewer for the following publications:

You will need the Adobe Reader to view and print these documents.

Who is Dr Raymond Ko?